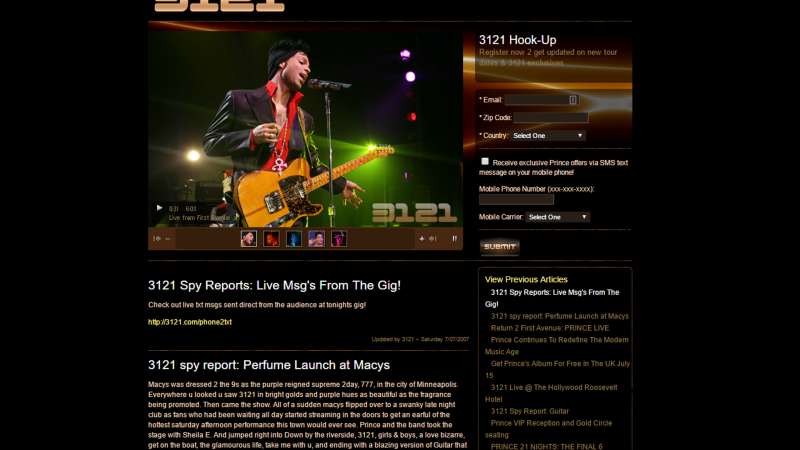 In 2007, Prince wrapped up his Vegas Residency at the Rio and took the world by storm with his performance at the Super Bowl. Soon after, plans began 2 form 2 release his next album, Planet Earth, as well as take his residency overseas 2 London at the O2 Arena. 3121.com continued to be his official site but it served mainly as an information portal. Music would be shared on the site occasionally, but there was not a download store or any ticketing being done. Plans were made 2 do more with the site but after London, Prince’s activity cooled and so did his online presence.