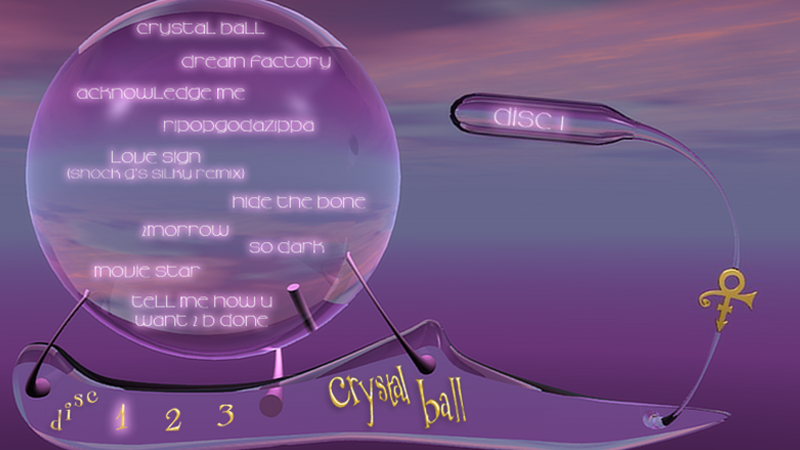 Prince released one of the very first online-only distributed CDs by a mainstream artist in 1997, taking pre-orders 4 the Crystal Ball online directly from fans. 2 coincide with its release, Prince enlisted a small group of fans 2 create an online lyric book 2 go with it. Covering dozens of songs, the lyric book not only displayed the lyrics in a creative way, but also included little anecdotes 4 each song.

Steffen Bieker and Alice Männl were the principal designers behind this experience. Here is what they had 2 say:

How did you get the gig with Prince?
We don’t remember exactly how it started but there was some kind of public call to fans to create a website for Prince’s next album and there were a lot of people coming together via email. We weren’t given any direction except that the name of the album would be “Crystal Ball” and that it would consist of previously unreleased, bootlegged material.

What direction were you given for the site?
We were students at the time with a profound admiration and knowledge of Prince’s work. So we started with the simple idea, to visualize the menu for selecting the individual songs as a crystal ball. We designed it within a day or two and people liked it. Then things went pretty fast. The number of people really working on the project went down to only 3 or 4. We became some sort of project managers creating most of the song pages and putting it all together.

We think that we came pretty close to this goal. We got tons of overwhelming emails of people all around the world which made us really happy. And we were lucky enough to meet Prince at an afterparty here in Germany, some months later: he tapped his chest and told us that he could see the big heart behind the website.